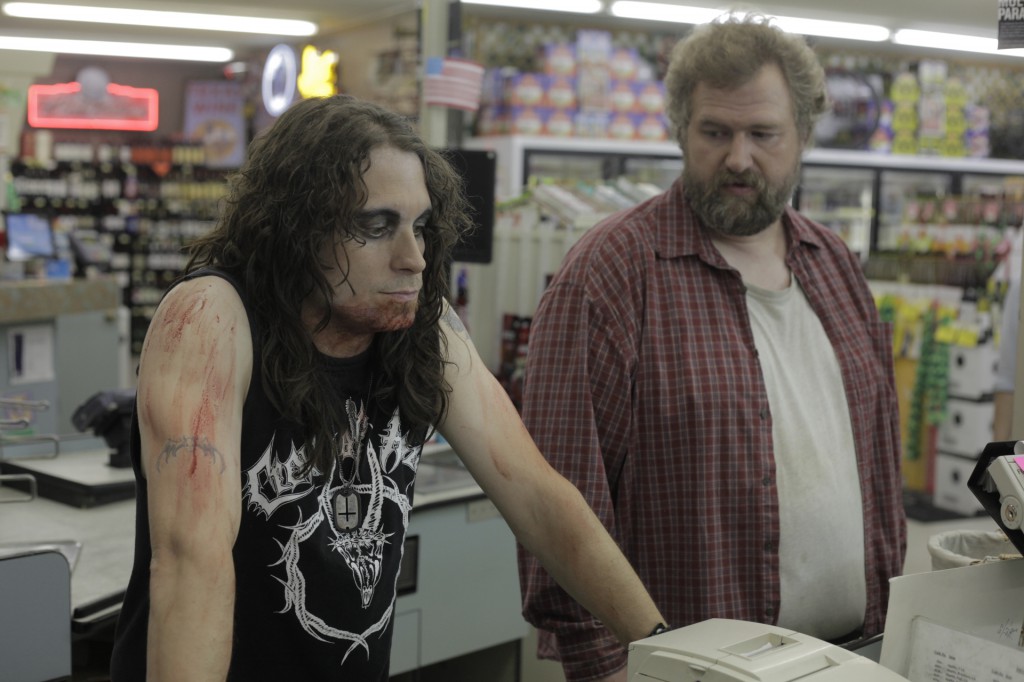 Kat Candler is an award-winning filmmaker and a film lecturer at the University of Texas.  Her films have screened at Sundance, SXSW and Florida Film Festival, to name just a few. Kat did not grow up on a mind-and-music-taste-altering diet of Venom, Celtic Frost and Darkthrone, yet she decided to dedicate her latest short film to the most controversial and challenging kind of metal: black metal.

The film’s synopsis reads like this: „After a career spent mining his music from the shadows, the actions of one fan create a chain-reaction for the lead singer of a black metal band“ – and here is what Kat had to say about making a film that includes black metal, murder and a real band playing a band – all crammed into nine blackened minutes.

Empress: What inspired you to  make this movie? Where do you see the need for films like this?

Kat Candler: Making movies you’re always looking for characters and stories you haven’t seen on screen. I hadn’t seen the subgenres of metal on screen in a dramatic way. I’ve seen comedies, parodies, horror, but nothing portraying that scene in a human element … with a family, with kids. Grant it, the short plays on pretty high dramatic stakes, the world he lives in off stage is just like everyone else’s.

Empress: You don’t really have a (black) metal background yourself, do you?

Kat Candler: I don’t. I remember learning about the scene a long time ago when I worked in a bookstore. Lords of Chaos had come out and it was all the talk of the 3rd floor of Book People. I was definitely intrigued, but years past and my interests were elsewhere. Several years ago my husband who’s a total music nerd start delving into metal. He started consuming a ton of bands and music and forcing stuff on me. I have a heavy music background, but defintely not in the world of metal.

Empress: So what is the appealing thing about the metal scene for a non-metal filmmaker?

Kat Candler: I like the music, plain and simple. Not all of it, but I do like a lot of it. I like good stories. I like interesting characters. I love researching new worlds, new scenes. I’m working on a film right now about refinery workers. I’ve never worked a day of my life in a refinery, but I’m enjoying the research.

Empress: You chose the symphonic extreme metal band Vesperian Sorrow to play the band. Why was it important to have a real band acting in the movie?

Kat Candler: It was important to me to try and surround myself with as many people as I could who were in that world. I wanted to get as much right as possible. So from the get go I brought on Corey Mitchell who writes for Metal Sucks and Bloody Disgusting. He was my gateway into that world and to the people. He gave notes on the script and was on set for several days helping me with authenticity. He was a tremendous help with this project.

When I started this process I wanted to try and be as authentic and honest as possible with the film and with the scene. We talked to a bunch of bands in Austin and Texas and Vesperian Sorrow were excited about the project and worked their asses off to create a real song for the film as well as all the tiny little details. I grilled those boys on everything from what’s on their floor in their bedroom to what kind of alcohol they drink. When designing the world on screen, I wanted to get the details down.

Empress: Was it easy to convince people to take part, or were those you approached suspicious that the movie might be clinging to outdated stereotypes?

Kat Candler: People were completely skeptical. And I don’t blame them. I’d be wary having an outsider come into my world. I get it. I was instead trying to flip the stereotype. You get to see this guy on stage and off. And when he’s off stage is what’s way more interesting to me. I hope the film flips expectations of the outdated stereotypes. That this is just a regular guy with a family and a normal home. He goes to a regular job, eats dinner with his family …

Empress: You started a successful funding campaign to raise enough money to make the movie. Where did most of the support come from?

Kat Candler: It’s almost always friends and family. But people definitely come out of the wood work. I was in a band and worked at the college radio station in college. A friend of mine who ran the metal show donated money. I hadn’t seen him in a long, long time. When he wrote me a note after donating he said that we used to support each other’s bands by going to shows and buying records, and now that we’re older, this is how we can support each other. That meant a lot.

Empress: The singer in the band struggles with the question of guilt, after a teenager kills his math teacher in the name of his band. What is your own opinion on the question of „artist’s guilt“?

Kat Candler: I think responsibility lies with the person holding the gun or the knife. But even still I feel most human beings would still wrestle with guilt. 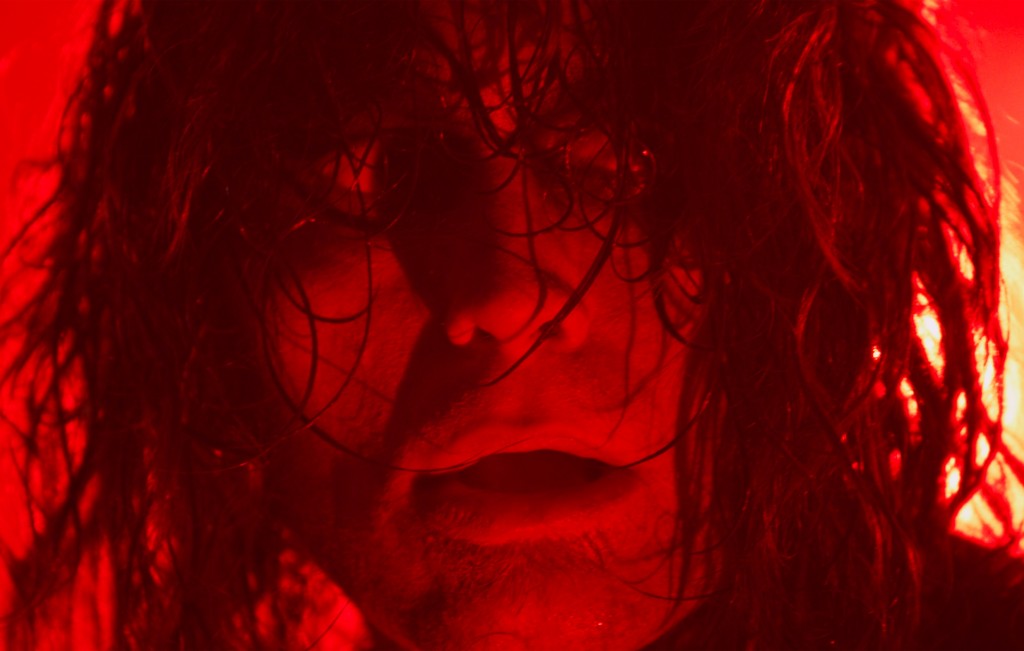 Empress: Do you feel that black metal itself has become of age lately and should face or question its own messages?

Kat Candler: I think there’s really great music in that scene. Both in its inception and how it’s evolved and been experimented with.

Empress: Metal is still a total sausage fest, and black metal even more so. Did you in some way have to deal with this issue, especially as you are a woman yourself?

Kat Candler: I try to ignore it. Both as a filmmaker and in the music scene. I just work my ass off and sometimes lift my middle fingers to the sky.

Empress: What is your approach on the artistic level – do you try to mimic the imagery and atmosphere of black metal or do you look at it from a more distanced, „documentary“ way?

Kat Candler: We were certainly trying to be as authentic as possible. So we definitely did our research down to finding out what would be in someone’s bathroom or bedroom or on their bedside table. I tried to watch a bunch of live shows, go to shows … again, I love the research part of moviemaking.

Empress: When will the movie be released, and will there be any screenings in Europe?

We’ll be premiering at Sundance in January and start doing the festival circuit in early spring of next year.

Want to know more? Go to www.candlerproductions.com or watch the hilarious trailer