Swedish newcomers Year Of The Goat have already raised a lot of attention. After their outstanding debut EP „Lucem Ferre“ from 2011 they released their first full-length album in the coldish, greyish December of 2012 and got many fine reviews – now will 2013 turn out to be the „Year Of The Goat“? Well – wait, see and read our interview with Pope, who is responsible for keys, percussions and good answers. 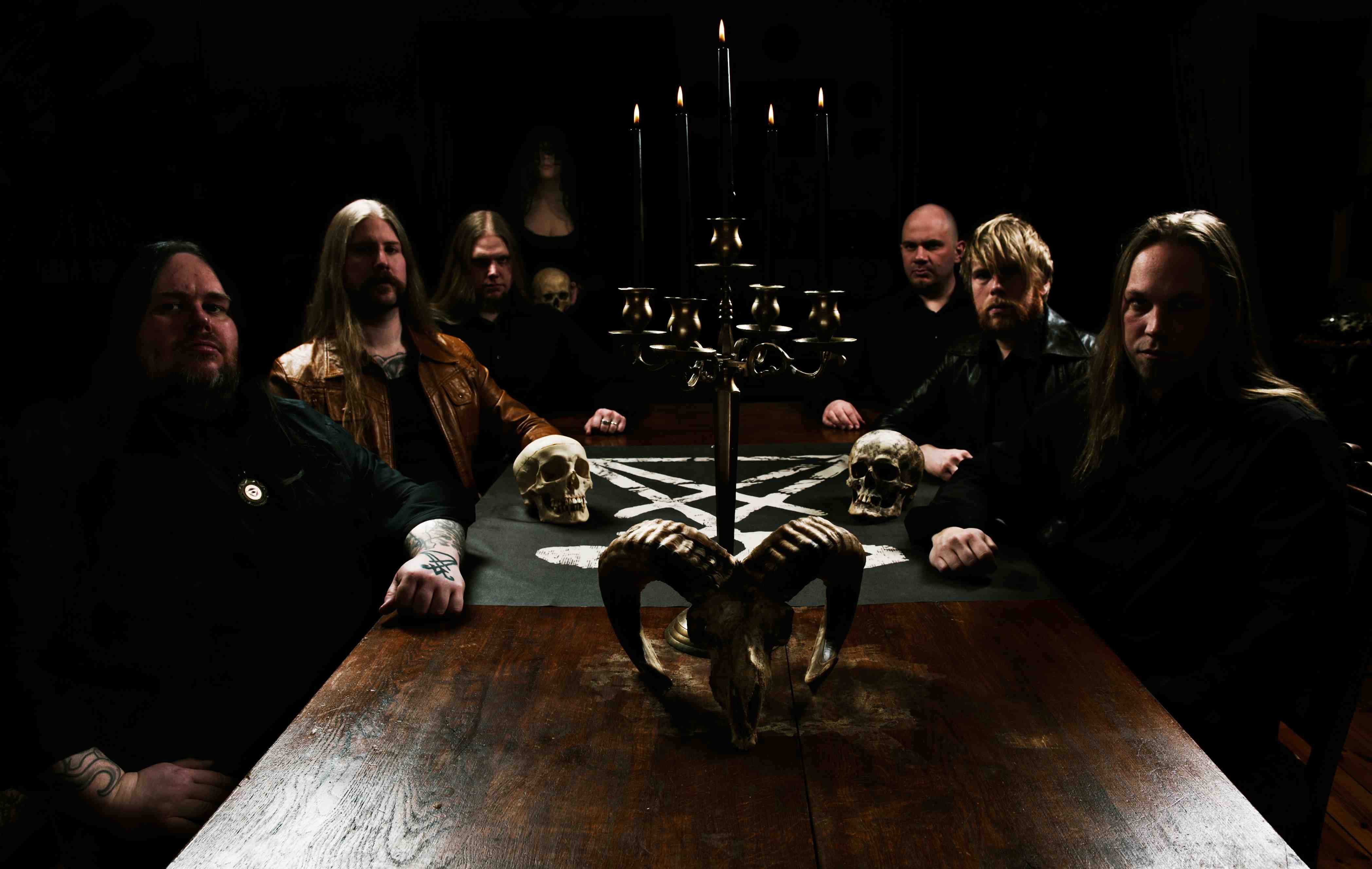 Empress: First of all, congratulations to your wonderful album and the great reactions it receives.

Pope: Thank you! And let us not belittle this great reaction from you!

Empress: Let’s talk about the people who listen to you. As far as I see, it is mainly the wider „metal scene“ that takes note of YOTG – am I mistaken there?

Pope: We have definitely seen the most recognition coming from the wider metal scene. In the wider metal scene we also find our antagonists. The ones who don’t like that we’re not a black metal band or think that we’re trying to ride a wave of occult rock music. The latter have obviously not done their homework. I believe you’re dead on target with your assumption. In our audience we often see a wide variety of people though and everybody shouldn’t like all the same things.

Empress: Alright. Do you actively aim at reaching other audiences apart from the metal scene?

Pope: At this point we’re not aiming, we’re shotgunning the message out there. Hopefully we will find our fan base. We don’t care who you are, we’re all the same and all different in the light of Lucifer.

Empress: The distinct 60s and 70s influence in YOTG is clear, but to me, your music sounds also very much influenced by the 80s – again, am I mistaken?

Pope: Once again, you are right. We have been listening to music from the eighties, too, and like everything else it has been a part of forming our conscious and unconscious minds. We make music mainly on instinct; everything we are and have been exposed to comes into play. 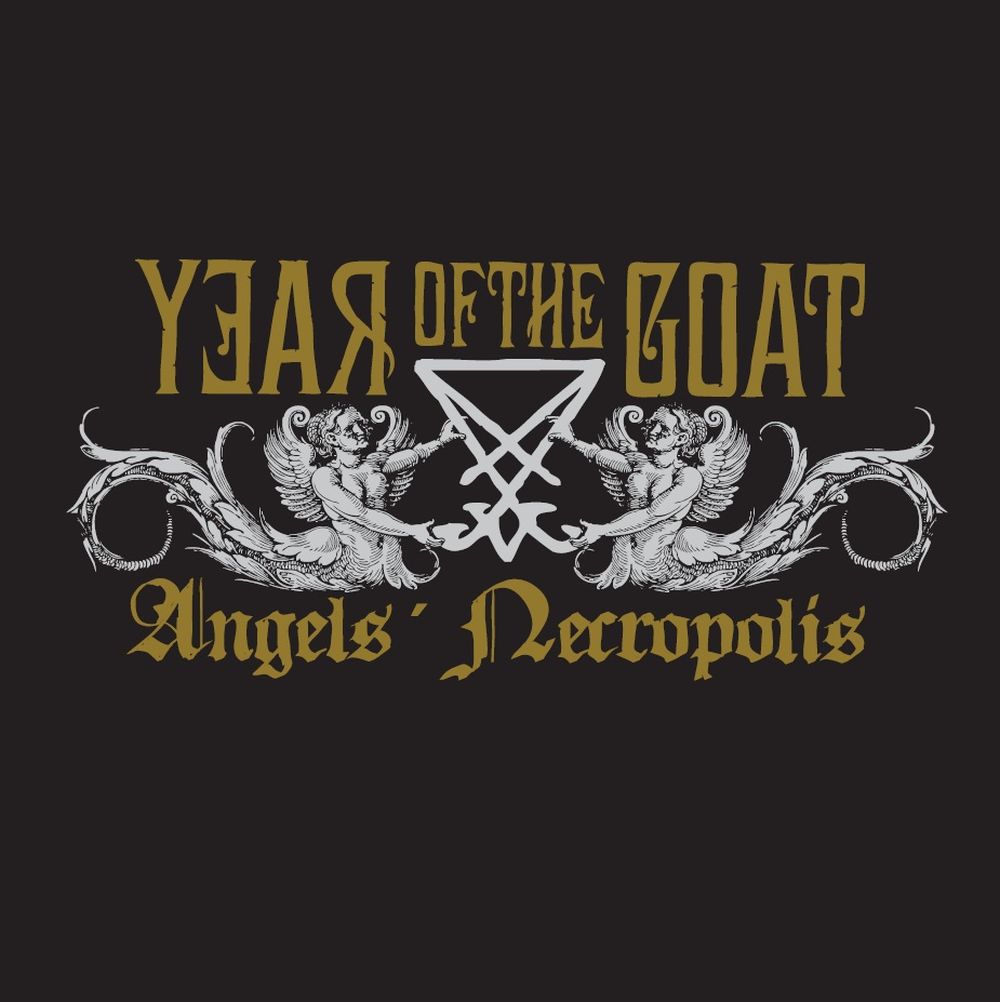 Empress: The music you create wraps a dark message into beautiful sounds, and the energy you relay is not a destructive force, but one of creation. Taken all together, your music seems to have certain qualities one could call „female“. Can you agree on that?

Pope: We see the album as androgynous as the archangels, able to take on any sex for the task at hand. In our promotion material we describe the album as being a she though, it is the form it has taken now. Maybe it’s a way to try and show the ones blinded by the darkness of Jahve the true beauty of Lucifer. From a perspective distinctly opposed to Christianity  it can seem to be more feminine than masculine, since Christianity bears a heavy cross of the patriarchal heritage. In the true enlightenment the only differences should be the ones that really are there, but they should not be the base for an unjust distribution of power, especially when it comes to individual freedom.

Empress: There is a more or less coherent story lying underneath the lyrical concept of „Angels‘ Necropolis“. While reading the lyrics I was instantly reminded of Milton’s Paradise Lost, or better: of an antithesis to it. Could you please comment on that?

Pope: I can see how you come to think of Paradise Lost, since it too is based around characters known from the “biased book” and draws a picture of a battle between “good” and “evil”, as well as the aftermath thereof. Our album could probably be seen as an antithesis to Paradise Lost, but here “good” and “evil” don’t quite have the same meaning. Here it is not Satan deceiving mankind, but Lucifer bringing the light, tearing down the walls and truly setting us free from the real evil, the big zookeeper in the skies. He is not satisfied with ruling in “Hell” and he most certainly will not serve in “Heaven”, thus the only option left is to take over.

Empress: If people are really interested in your message, it is hard to be satisfied with listening to the music only. Given someone listens to YOTG and decides „Yes, this is my path“ – what comes next?

Pope: Soul searching, what is it you see as your path? Traditional atheistic or theistic Satanism? Luceferianism? Symbolic Luceferianism? Atheism? Belief in the Ancients? Being your own God? Everybody must decide for himself or herself, we do not practice missionary work; we are not a church to blindly believe in. We make music.

Empress: To put it like this than: What does “serving the Dark Lord“ mean to you in your daily life, and what would a world to your liking look like?

Pope: Serve him by serving yourself, realise you’re possibly the peak of 4,6 billion years of fortunate accidents leading up to this short time you have, know that everybody else is exactly the same in that way, respect that. Don’t be consumed by ego, but know that you deserve anything good coming your way, don’t let the inherited guilt or concepts of “sin” stop you from enjoying life. Don’t blindly believe anything, facts are the best weapon against the diluted masses. The use of the word “Darkness” in conjunction with Lucifer is only so the ones still duped by “the biased book” shall know of whom we speak, to some of us he stands for enlightenment. This world isn’t all bad, wars are still fought in the name of gods, but we’re moving further and further away from the Dark Ages.

Empress: You often close interviews with “Lepace lucem ferre“, and it is also chanted in „Thin Lines of Broken Hopes“, the last song on Angels‘ Necropolis. Can you tell me what it means?

Pope: It can be an invocation or a salute, a mixing of two languages actually, of which none can be considered living. Luckily the one called upon is believed to speak any language.

Empress: You’ve been asked this a thousand times so we can simply state here that the „Year Of The Goat“ has not much to do with the Chinese zodiace sign. Yet, this is band name that causes interest: Do you see the goat as a symbol for the individual that doesn’t run with the herd?

Pope: I wouldn’t say it has nothing to do with the Chinese sign; everything is connected in more ways than one. Both in the Chinese sign and the trait you describe you can see similarities. In Leviticus 16 of the biased book, by some called the good book, one goat is sacrificed to God and the other sent into the wilderness carrying the sins of the people. Another way of not taking responsibility for your sins came along with Jesus, as an opportunity to commit horrendous acts, later repent and receive forgiveness and go to heaven. Slightly simplified, but the basic idea I guess. The Goat and Jesus aren’t that different in that aspect and Jesus even called himself the morning star. Was he perhaps idolizing the most beautiful of Angels cast out of heaven? Well, it’s all in the biased book, so it remains to be seen how much truth and facts are in it. The Year Of The Goat can be symbolic for the mark of an end to the years of sheep. The year we finally step out of the dark ages and into the light. Judging by the “God-hates-fags-people” in the US and the rest of the world, we might have a few more years left of the darkness spread by the vengeful, murderous God of the biased book. I guess the fundamentalists don’t see that maybe they are hostages and the fear of God might have turned into the Stockholm syndrome… that could be one way of looking at the band name. Or maybe not? Sometimes the hoofed guy, the Accuser or the Adversary, is referred to as the Goat, maybe it’s his time. Or maybe it all boils down to Chinese stuff, it all depends on what it means to you. It’s all in the eye of the beholder.

Empress: When asked about how Year Of The Goat came into being, you always touch upon a visionary event that happened in 2006 – What kind of vision was that?

Pope: Master Sabbathi is often very sparse in his explanation of his vision and the events leading up to it. All that we, the rest of us, really know is that he was very determined and had a clear idea of the band from one day to the next. More bands, in this so-called occult rock scene, seem to have gotten their calling around that time: TDB, Blood Ceremony and so forth. The occult rock scene in the late sixties and early seventies was very active after the Chinese year of the goat in 1967/-68, we had a Chinese year of the goat in 2003/-04, I’m just saying, maybe everything is connected in more ways than one after all, or maybe it’s coincidental. What about the year of the goat 1979/-80? Well, Venom was formed in 1979… and the first wave of black metal came along around that time, the second wave of black metal came along right around the year of the goat in 1991/-92. I guess connections can be found in everything if you look hard enough, it doesn’t necessarily mean it is true…

Empress: Thank you very much so far. Any last words?

Pope: It is way to early for any last words from Year Of The Goat. We have only just begun.

visit Year Of The Goat here