A SLOW DELIGHT – TASTE THE DOOM 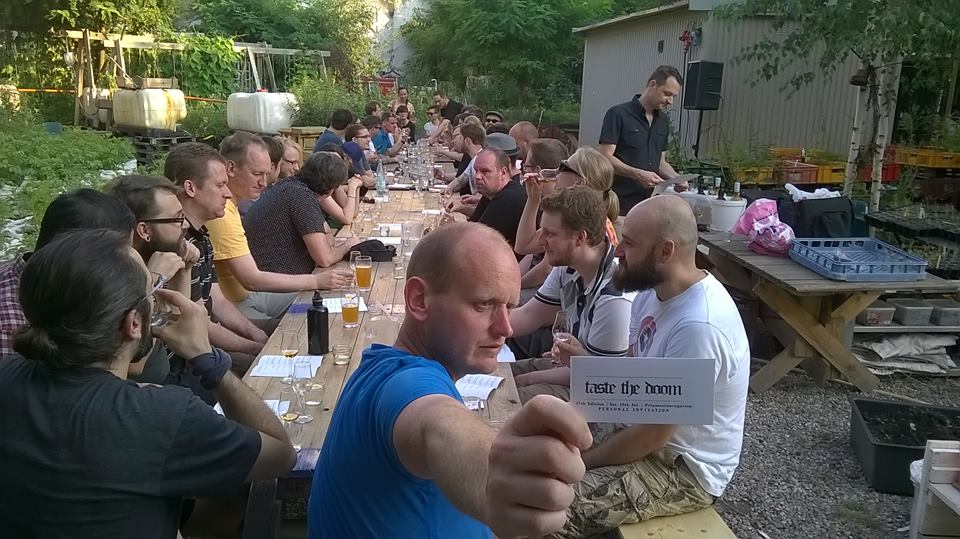 It’s no big secret that we’re a bit slow when it comes to postings and making updates etc., but ask yourself and be honest – isn’t it nice to slow things down a bit?

Our hyperfasthypermodern times are craving for things which need time to be devoured and digested slooooowly – just like DOOM, and just like WHISKY.

Well, what would be more natural than to combine these two? Appreciatively sipping a delicious, well-aged beverage while listening to sombre, slow, doomy tunes…hm? Peter and Lars from Copenhagen and Berlin had the idea first, and here is what they made of it:

1. What is the idea behind Taste the Doom, and how did it develop?
– In summer 2011 we were sitting on my terrace tasting the Ardbeg Alligator Commitee Release I had just got. Lars had brought Buried At Sea’s Migration and while we were comfortably sitting and listening  and dramming away we just realized that this is the perfect combination and that we needed to tell the world about this.

2. How did you set the whole thing up, and where and when did the first TTD take place?
– Taste The Doom saw the light of day on Dec 10th 2011 at Das Gift, a bar in Berlin Neukölln. The set-up is like this: we select 7 whiskys and 7 accompanying music parts. Usually we start with a bourbon, followed by some unpeated malts and finish with more or less monstrously peated stuff. We introduce the whisky and give the audience highly essential (and somewhat nerdy) information about the distilleries, the way each specific whisky is produced and why this bottling is special. Same goes for the musical choice – usually 1 or 2 songs mixed delicately – we reveal something interesting about the band members or from the history of the band. Then we raise the glasses, cue the music and the people have 15-20 minutes time to enjoy their dram, have a chat with their neighbour or enjoy silently while only smiling on the inside.

3. Why do you think that Doom and Whisky go well together? Is it the idea that both the music and the beverage should be enjoyed rather slowly and intensively?
– We think that they share deepness, complexity and an it-takes-what-it-needs vibe. A good dram is like a good riff: It should linger potent and ferocious.

4. Please tell a bit about your own 4. Please tell a bit about your own background, music- and whisky-wise.
Both of us share a background in what’s commonly dubbed Electronic Music, but between us in the broadest sense: From rave past drones to noise and sound-art, this is what we do and have done for a considerable amount of years now. And we both appreciate a good metal track, but then again: Who doesn’t? But this may also stem from playing in various half-assed grind bands in the late nineties as Lars did (contrary to Peter being in a moderately famous rave act in the 90s). And here it seems fit to use that as an analogy to the whisky-side of things: Early on you go for what ever stuff knocks your teeth out but later on you realize that there might be a second layer, another dimension or at least some clever technique to the teeth-knocking. And there is. And you’ll find it. And you will like it. But from time to time you’ll still just want your teeth knocked out.

5. What kind of people show up at TTD?
– In Berlin the audience is pretty diverse – from metalheads to hipsters, from whisky nerds to curious beginners (in both fields). And we have about 50% ladies! In other places we did TTD it was more of a boys‘ club.

6. How do you remember the first TTD-event?
As a banging success. When we conceived the idea we needed to convince each other that there had to be other people in Berlin who would appreciate this combination of doom and whisky. Then finding a venue willing to host us, actually selling all the tickets and after the first night realizing: We can actually do it again, not just because we want to, but because there’s a real demand. That was a rather thrilling sensation. At the first few TTD’s tickets would sell within weeks, later on they’d be gone within hours. We have since then upped capacity to accomodate demand.

7.What does a typical TTD playlist look like?Is there a special kind of Doom you both prefer?
– A typical playlist probably features a wide selection from various times, not just classics or some limited-edition tape from New Zealand released last week. As with the whiskies we try to dig out specialities which we can wholeheartedly recommend. And we tend to favour proper studiowork and shy away from bad vocals. Which in the whiskyworld would be the equivalent of a proper cut and bad casks…

8. Which one was the most memorable and special?
–In early September 2013 we had an outdoor-TTD at Prinzessinnengarten (a community garden project in Kreuzberg) and we were lucky enough to get the last summerly day of the year. So enjoying whisky and doom under the stars with lots of friends was a great pleasure.

9.This year you had a TTD at Heavy Days in Doomtown – how do you remember that event, and how did TTD fit into the art and DIY-concept of HDDT?
It fit particularly well in the way that we could pick bands from the HDDT line-up to include in our playlist. And it was the earliest time of day we’ve ever had to do TTD, but it was very satisfying to be able to get people excited (read: moderately drunk) already in the afternoon while trying to make a guide to the not-to-be missed bands on the festival. As far as DIY goes both TTD and HDDT are rooted in the idea that if you want something really specific to happen, you probably have to do it yourself. But I guess this applies to most events these days… 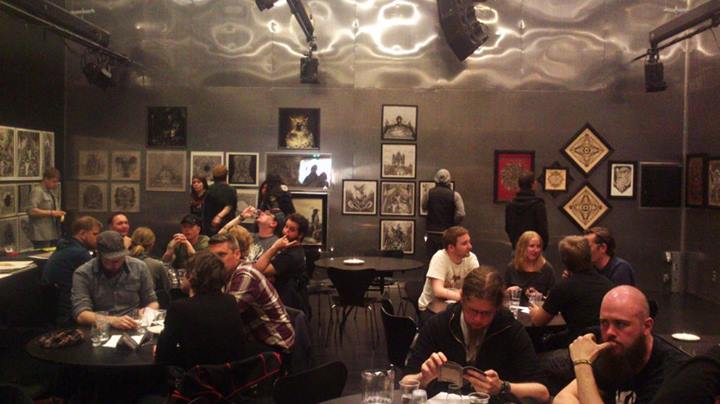 10. Will there be other, similar collaborations in the future?
So far there is a side project called Slowlands which we both run independently in Berlin and Copenhagen. It is occasional whisky-only bar nights with heavy music that realizes the Taste The Doom idea in a more casual way. You come with your friends and choose from our selection of usually around 30 whiskys all of which are specials from our private collections. The music is a mix of what we would like to hear in our favorite bar but what we never get to hear anywhere. 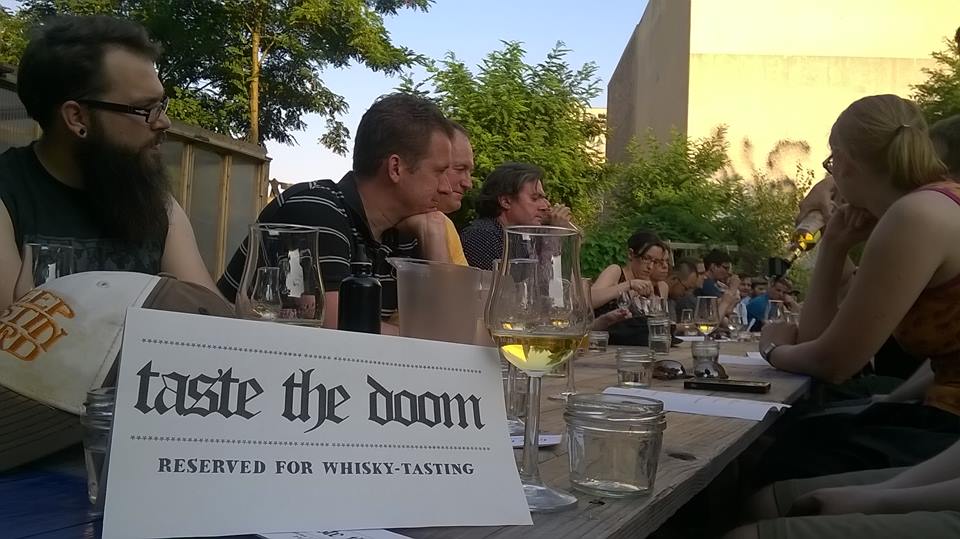